Fantastic Four Shine On Day Two Of The Festival

MONKFISH maintained his unbeaten record over fences when coming out on top in an eventful Grade 1 Brown Advisory Novices' Chase on the second day of the Festival.

The son of STOWAWAY had to overcome a few scares along the way but produced a dominant display at the line. Last year's Albert Bartlett Novices' Hurdle winner was purchased by Cormac Doyle for €36,000 at the 2017 Tattersalls Ireland Derby Sale before winning his point to point and being purchased by Harold Kirk and Willie Mullins for £235,000 at the 2018 Cheltenham May Sale.

The remarkable TIGER ROLL a festival legend in his own right ran out an incredible winner of the Cross Country Chase providing connections with an emotional victory. Back at his favourite track he travelled with real zest under regular pilot Keith Donoghue and put his rivals to the sword going out onto the second circuit and galloped his rivals into the ground. Eased down at the line to win by 18 lengths this was his fifth Festival victory. He was purchased by Mags O'Toole for owners Gigginstown House Stud for £80,000 from Nigel Hawke at the 2013 Cheltenham December Sale. 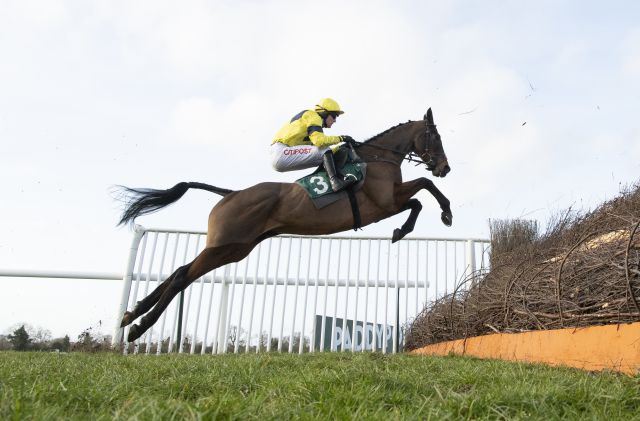 Ultra progressive this season, SKY PIRATE produced a career best performance in the hands of Nick Schofield when winning the Grade 3 Grand Annual Challenge Cup. Well positioned throughout he jumped to the front at the last and held on in tenacious style to win by a short head at the line. The son of Midnight Legend was sold by Tom Lacey for £150,000 to Jonjo O'Neill at the 2017 Cheltenham Festival Sale. He was purchased for €34,000 the year before at the Tattersalls Ireland Derby Sale.

The concluding race of the day went the way of the Willie Mullins trained, Cheveley Park owned SIR GERHARD who made virtually all the running to win the Grade 1 Champion Bumper.

The son of JEREMY was purchased at the 2019 Cheltenham December Sale after winning his point to point in fine style for Elmarie Holden.

The next sale to source your future Festival winners will be at the Cheltenham March Sale on the 31st March at Park Paddocks, Newmarket.