SHISHKIN followed up his victory in the Arkle Chase at the Cheltenham Festival with a professional display in the Grade 1 Maghull Novices' Chase at Aintree. In doing so he extended his unbeaten record over fences to five and cemented himself as one of the most exciting Novice Chasers in training. At this stage of his development it is easy to draw comparisons to his illustrious stablemates SPRINTER SACRE and ALTIOR. He was sold by Virginia Considine for £170,000 at the 2018 Tattersalls Cheltenham December Sale to Highflyer Bloodstock. He was previously purchased for €28,000 at the 2017 Tattersalls Ireland Derby Sale.

CHANTRY HOUSE stepping up to three miles over fences ran out the thirty-two length winner of the Grade 1 Mildmay Novices' Chase at Aintree. In doing so he confirmed the impression he left at the Cheltenham Festival when winning the Grade 1 Marsh Novices. The son of YEATS is clearly a very talented performer who should be in the mix for all the big chases around three miles next season. He was sold by C.H Thoroughbreds and Eric Elliott for £295,000 at the 2018 Tattersalls Cheltenham December Sale. Eric Elliott had previously purchased the horse for €26,000 at the 2017 Tattersalls Ireland August National Hunt Sale. 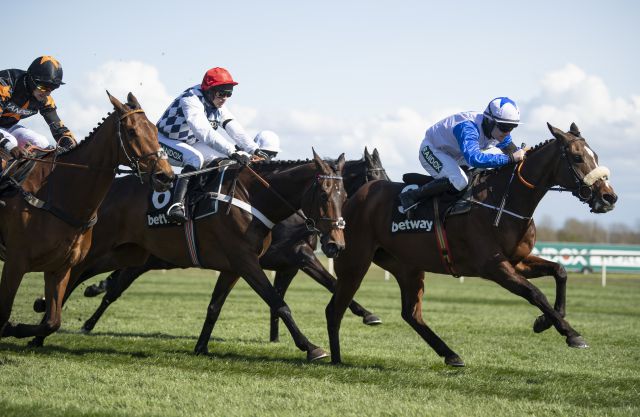 BELFAST BANTER stepped up on his victory in the County Hurdle at the Cheltenham Festival when running out the winner of the Grade 1 Top Novices' Hurdle on the Friday of the Grand National Meeting. Ridden patiently by Kevin Sexton he cruised into contention in the straight and won in good style for trainer Peter Fahey. The son of Jeremy was purchased for £30,000 by owners Direct Bloodstock at the 2019 Tattersalls Cheltenham April Sale from Patrick Turley. 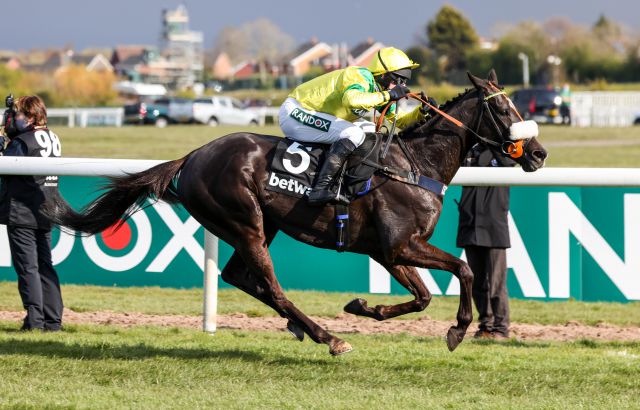 HAPPYGOLUCKY went one better than at the Cheltenham Festival when winning the Grade 3 Handicap Chase on Grand National day for Kim Bailey. The progressive son of JEREMY turned in his best effort to date and his trainer indicated afterwards he could potenially be aimed at the Grand National itself next year. He was a £55,000 purchase by Aiden Murphy and his trainer at the 2018 Tattersalls Cheltenham December Sale from Francis Flood's Ballynure Stables.

The next sale to source your future stars will be the Cheltenham April Sale at Park Paddocks, Newmarket on Friday 23rd April. Initial entries are already are online and can be viewed on the Tattersalls Cheltenham website.