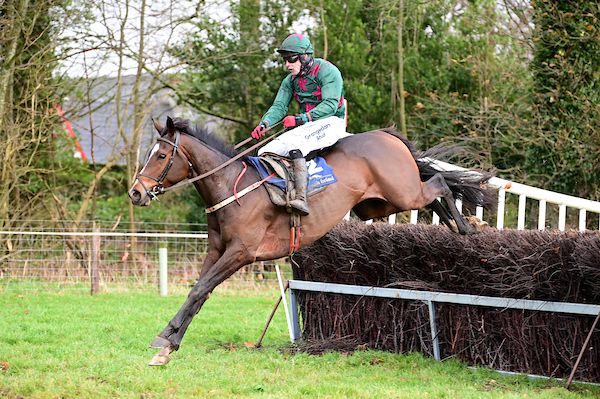 The top priced lot during the online sale proved to be JET POWERED, with the eight length debut winner of the 4YO Maiden at Borris House on Sunday 12th December bought by Highflyer Bloodstock’s David Minton and Anthony Bromley for 350,000 guineas. Sold by Leamore Horses, the JET AWAY gelding is a half-brother to WESTERNER LADY, a Grade 2 and Grade 3 winner over fences as well as a Grade 2 winner over hurdles.

“He’s been bought for an established client of Nicky Henderson’s. The time of his Borris House win was excellent and he’s a fine stamp of a horse. We thought the female side of the pedigree was good and we really like the sire JET AWAY.”

“It’s a great result and I’m delighted to see him go to a top home as he’s a very good horse. The Tattersalls Online platform has worked really well for us and everyone’s hard work has paid off.” 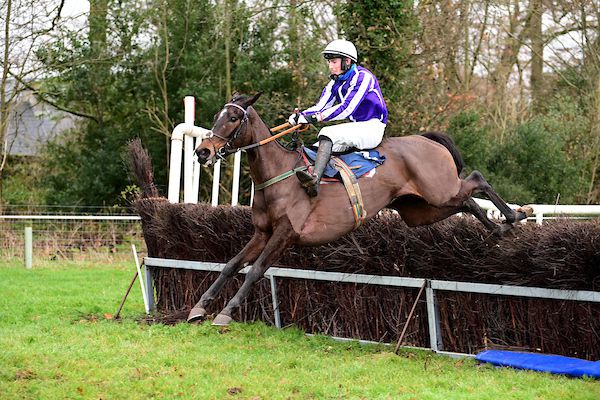 Another debut winner from Sunday’s meeting at Borris House in the Tattersalls Online NH & P2P December Sale was HALKA DU TABERT who was purchased by Rathmore Stud for 260,000 guineas from James Doyle’s Baltimore Stables. The four-year-old daughter of BALKO out of the Listed winning mare NASKA was victorious on the weekend by a staggering 45 lengths. 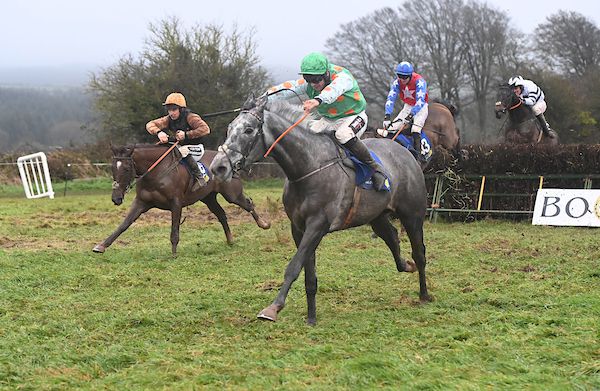 Madmansgame to Willie Mullins for 250,000 Guineas

Willie Mullins was the successful purchaser of MADMANSGAME for 250,000 guineas, another debut point-to-point winner from the weekend. The BLUE BRESIL half-brother to Grade 1 and Grade 2 placed GENTLEMANSGAME won the 4YO Geldings Maiden (Div.1) at Boulta for vendors Monbeg Stables on Sunday.