An astonishing evening’s trade produced unprecedented results at the Tattersalls Cheltenham December Sale, an unparalleled set of figures saw the sale break all records for a select point-to-point sale, following on from the previous best-ever at the Cheltenham November Sale.

The 58 horses sold in front of the packed sale ring produced an astonishing turnover of £5,584,000, the first time the £5 million mark has been breached and over £1.5 million more than the December Sale’s previous best. It is easily a record aggregate for a select point-to-point sale. Four horses sold for over £300,000, while 17 made £100,000 or more. 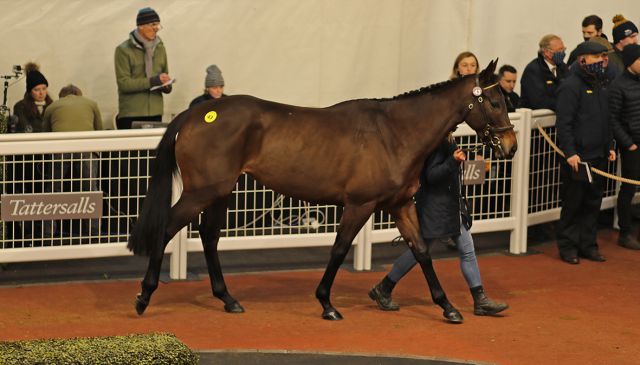 It was a fantastic night for consignor Matthew Flynn O'Connor of Ballycrystal Stables – the man from County Wexford sold the evening’s top lot, the wildcard entry Deeply Superficial (Lot 43) for £385,000 to Aidan O'Ryan / Gordon Elliott, having also struck earlier in the evening with the Shantou gelding Stay Away Fay (Lot 8), who went to Tom Malone and Paul Nicholls for £305,000. Both horses had won for O’Connor last Sunday at Lingstown on their point-to-point debuts.

Of the top lot, a 2017 filly by Flemensfirth, O’Connor said: "She is a beauty. We bought her from Ballincurrig at the Tattersalls Ireland Derby Sale, and from day one she has been a queen. She is a really well-bred filly out of a Kayf Tara mare. She has done everything well and was very impressive in her point-to-point – they went a right good gallop, and going to the second last she had them all burnt off.”

Bloodstock agent Aidan O'Ryan outbid Peter Molony for the filly and enthused: "She is gorgeous as a physical, she has a pedigree, and what she did in her race was freakish really. I wasn't there but good friend Peter Nolan rang me as she went by the line and said, 'You need to buy this filly, I haven't seen one do this for a long time.”

"The physical matched up, she is gorgeous, she is for a new client and going to Gordon Elliott's. We are delighted to get a filly, there is such a great programme now for fillies and great residual value.” 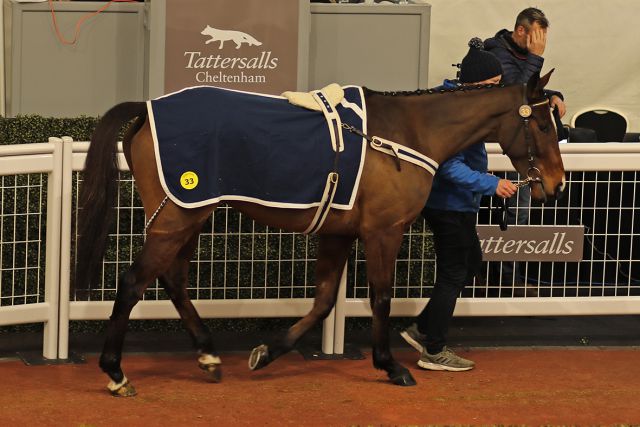 Splitting the O’Connor-consigned pair were Lot 33, Hermes Allen (Poliglote), who fetched £350,000, bought by Aiden Murphy and Paul Nicholls, and Lot 32, The Gunner Yeats (Yeats). He was bought by Harold Kirk and Willie Mullins for £310,000.

Caroline Mccaldin said of Hermes Allen: "We broke him, trained him and we could never get to the bottom of him. He is a brilliant horse. Dad bought him as a foal from a field. As soon as we got him we knew he was a good horse.”

The four-year-old was purchased by bloodstock agent Aiden Murphy, who said: "He has been bought for a client of Paul Nicholls. The video of his race is very good, he is by Poliglote, he is the first foal out of a very good French mare." 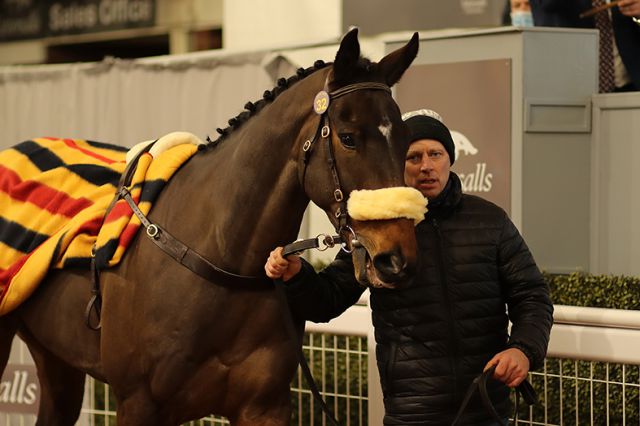 The Gunner Yeats (Yeats) was sold by the Baltimore House Stables brother and sister team of James and Ellen Doyle to Harold Kirk and Willie Mullins for £310,000.

"We have had some good sales, but this is our best to date, we are thrilled,” said James Doyle. “He is a fantastic horse, he is breath-taking, he took over the whole yard, he has a walk to die for. Anyone who saw him today loved his walk. He has size, presence and he has it all, I think he has a seriously big future."

At the conclusion of the 2021 Tattersalls Cheltenham December Sale, Tattersalls Head of Sales Matthew Prior commented;

"To achieve such outstanding and record-breaking results is a testament to a sale that produced four Grade 1 winners at this spring’s Cheltenham Festival.

"Consignors recognise the success of the Tattersalls Cheltenham sales and have produced and sent some highly talented individuals. The enthusiastic bidding and overall depth of trade with 17 horses sold for £100,000 reveals the huge demand for the very best National Hunt horses sold at the home of jumps racing.

"After such a difficult year this successful sale is a fitting tribute to the professionalism and talent of all the handlers, staff and purchasers. We thank them for their continued support in what has been a challenging and disrupted year.

“We wish you all very good Christmas and we look forward to welcoming you back to the Cheltenham sales in 2022 starting with the Cheltenham January Sale on Saturday, January 29.”