CHANTRY HOUSE powered his way up the Cheltenham hill to provide Nicky Henderson and owner J P McManus with victory in the opening Grade 1 Marsh Novices' Chase. Third in the Supreme Novices' Hurdle last year the son of YEATS jumped well in the hands of Nico de Boinville and kept on strongly up the hill to see of his stablemate. He was purchased for €26,000 by Eric Elliott at the 2017 Tattersalls Ireland August National Hunt Sale before going on to win his point to point for Cian Hughes. Subsequently Michael Hyde purchased him on behalf of J P McManus for £295,000 at the 2018 Tattersalls Cheltenham December Sale. 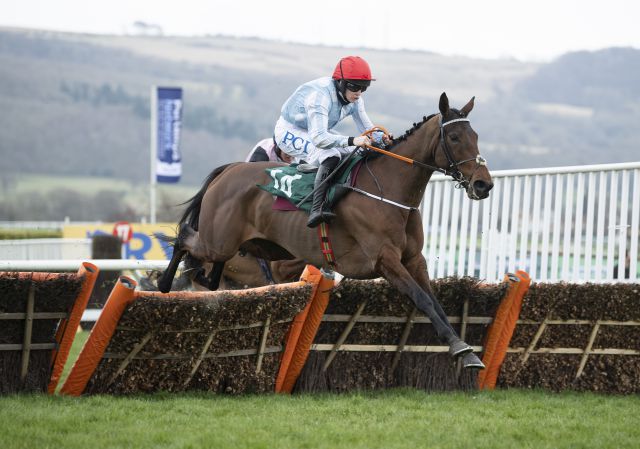 TELLMESOMETHINGGIRL continued the incredible run of form for the Henry De Bromhead yard when careering away with the Grade 2 Mares' Novices' Hurdle. Waited with under Rachael Blackmore she was produced to hit the front before the last and cleared away from her rivals on the run in to win going away. She was purchased for €39,000 at the 2018 Tattersalls Ireland May Sale and won her point to point for Colin Bowe. Peter Moloney of Rathmore Stud purchased her on behalf of Kenny Alexander for £150,000 at the 2019 Cheltenham Festival Sale. MOUNT IDA capped an amazing day for her sire YEATS when producing a remarkable display to win the concluding Fulke Walwyn Kim Muir Handicap Chase under Jack Kennedy. Under a brilliant ride she grabbed hold of the bridle on the second circuit and strode clear after the last to provide connections with an astonishing victory. She was a €17,000 purchase at the 2017 Derby Sale before winning her point to point for Jerry Cosgrove. Aidan O'Ryan purchased her on behalf of owners KTDA Racing for £70,000 at the 2018 Cheltenham December Sale.

The next sale to source your future Festival winners will be at the Cheltenham March Sale on the 31st March at Park Paddocks, Newmarket.