A winning Irish point-to-pointer involved in a poignant story topped proceedings when selling for £225,000. Timewaitsfornoone (Lot 6), who was set to be offered at Tattersalls Ireland’s delayed January Sale, having finished a good second a few days earlier. However, the death of trainer Colin Bowe’s father led to his withdrawal, and, given another run the following weekend, he ran out an easy winner at Tinahely.

A son of Oscar was bought by Gerry Hogan on behalf of owner Barry Connell who outbid trainer Gordon Elliott. Hogan said of the four-year-old: “He’s a good-looking individual, and Barry has had some luck with Oscar before.”

The most intriguing horse on offer was the unbroken full-sister to Thistlecrack, winner earlier in the day of the Grade 1 Ryanair World Hurdle. Thistlecrack’s owners, Somerset dairy farmers John (pictured) and Heather Snook, headed interest from Simon Sweeting, who stands the sire Kayf Tara, responsible for the new staying hurdle champion. 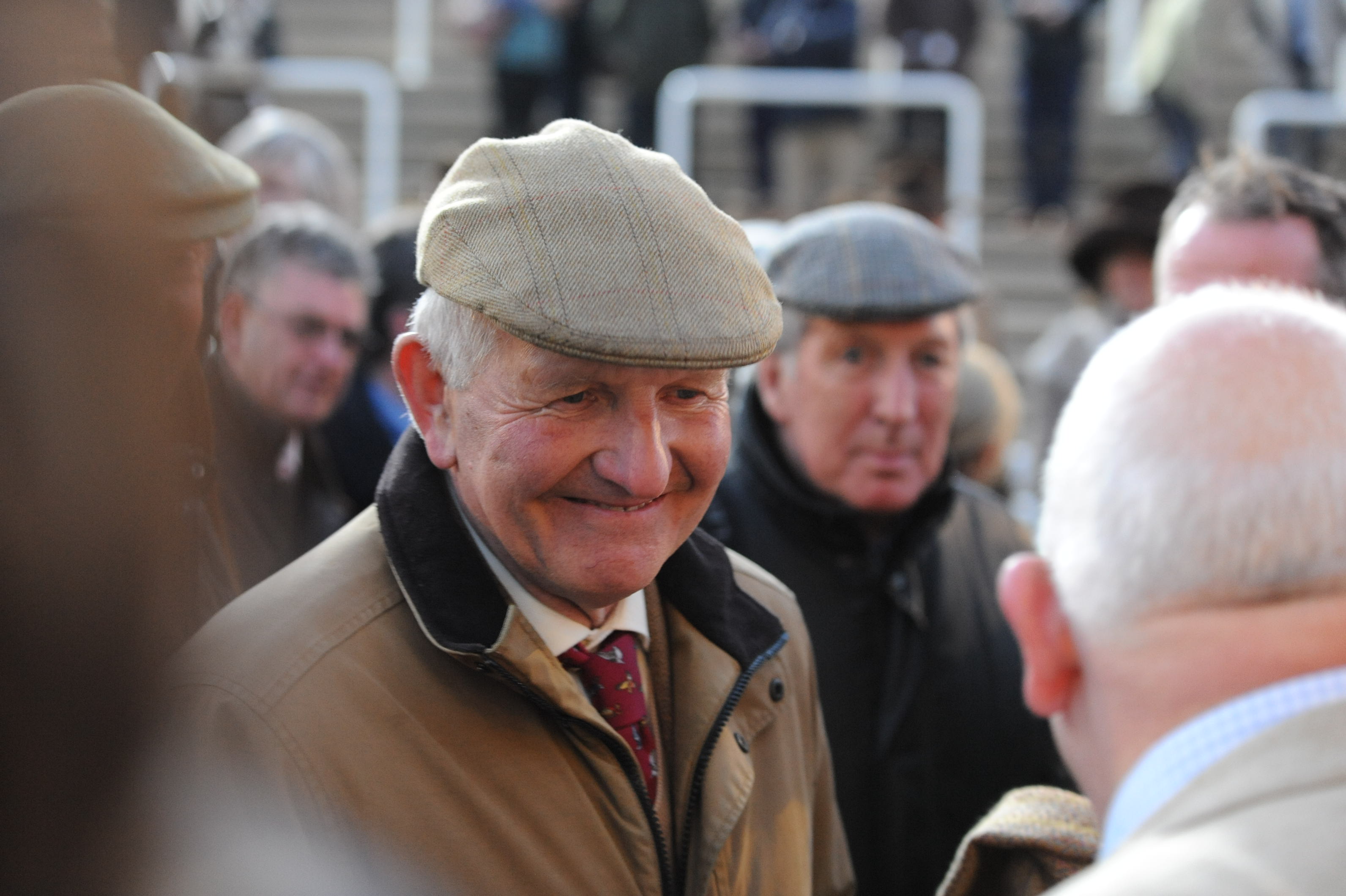 Sweeting gave best to the Snooks’ offer of £165,000, following which Mrs Snook said: “We have a few jumping mares at home, but nothing as good as this one. I tried to buy her two years ago, but this time we were luckier – how can you let a family that good go?”

The Festival’s leading trainer is Willie Mullins along with agent Harold Kirk, and gained two six-figure recruits. The pick on price, Monbeg Chit Chat (Lot 8), was knocked down by auctioneer Alastair Pim for £200,000.

Doyle had earlier gained £115,000 for four-year-old gelding Orchard Thieves (Lot 11), another who joined David Pipe’s stable, this time following a bid of £115,000. A son of the stallion Ask, he hailed from the family of Ray Green’s Festival winner Sparky Gayle.

Colin Bowe also offered four-year-old Daklondike (Lot 19), a winner at Lingstown on Sunday. He realised £140,000 to a bid from David Pipe, who trained a half-brother, Great Endeavour, to win the Festival Plate and Paddy Power Gold Cup. Pipe was acting for Professor Caroline Tisdall, a partner in last year’s Festival Sale top lot Champers On Ice – who runs today at Cheltenham in the Albert Bartlett Novices’ Hurdle.

Summing up the sale, which was held in the winners’ enclosure after racing, Richard Pugh, Tattersalls Ireland Director of Horses-in-Training Sales said: “We are delighted with results from our first Festival Sale. We had a nice mix of horses going into the event, and the sale of Thistlecrack’s sister is one of the stories of the week. It is probably unique to be able to offer a full sister to a Grade 1 Jumps winner within hours of him standing in the same winner’s enclosure. Credit to vendors Scarlett and Robin Knipe.

“Two horses made in excess of £200,000, and seven made £100,000 or more, which underlines the quality of horses on offer. No less importantly the sale is producing graduates that come back to the Festival. The top lot here two years ago, Minella Rocco, won the National Hunt Chase on Tuesday, and the top lot from last year, Champers On Ice, runs in the final day’s Albert Bartlett Novices’ Hurdle. There have been other Cheltenham Sales graduates running this week – it’s an impressive return.

“We now look forward to returning to Cheltenham for the April Sale.”